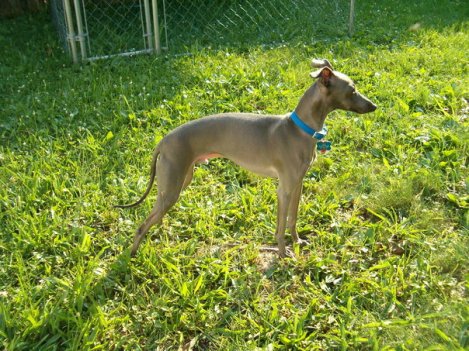 This post was supposed to be about a charity dog walk that we were scheduled to participate in. As it turned out, the rain was relentless up to and including the day of the event. As a result, we did not attend due to the inclement weather. Instead, I will explain why Moose wasn’t cleared for the one-mile fun walk anyway.

Other than age-related hearing and vision loss, and a rare seizure, he’s in good shape for approaching 16. Although we thought he would be okay for the walk, his cardiologist thought it best that he remain a spectator.

Last August Moose had a heart murmur that jumped in severity overnight. Heart murmurs in dogs can fluctuate, but an increase so sudden raised alarm, so much so that our vet suggested that we make an appointment with a canine cardiologist immediately. It was all so sudden, and we were afraid we were losing him.

Moose underwent a battery of tests at a veterinary hospital, and at that time he was diagnosed with having a leaky heart valve. He didn’t require medication at the time, but his condition required monitoring and follow up. At a subsequent appointment in April, we learned that his condition worsened to where he was just in need of medicine for his degenerative chronic mitral valve disease. The drug he will take for the rest of his life should slow its progression, perhaps up to a year and a half. Given that Moose will be 16 in November, it’s possible that something besides his heart will take his life. The specialist assured us that Moose is nowhere near heart failure at this time.

So, out of an abundance of caution, it was the vet’s opinion that Moose skip the dog walk. While he was almost certain that Moose would be just fine, the fact is that he has been inactive for some time. Just as greyhounds are couch potatoes, so are their smaller counterparts, the Italian Greyhound. Moose and Red haven’t been to a playdate in years, and their walks around the neighborhood are few. We certainly didn’t want to put any undue strain on his heart, so we chose to exclude him from the walk. We couldn’t be happier with the treatment that Moose is receiving from the cardiologist. (Our primary vet rocks, too).

Moose’s heart may be beginning to fail, but I don’t think it’s through disease. His heart isn’t big enough to hold all the love he has to give. As the saying goes, to know him is to love him. 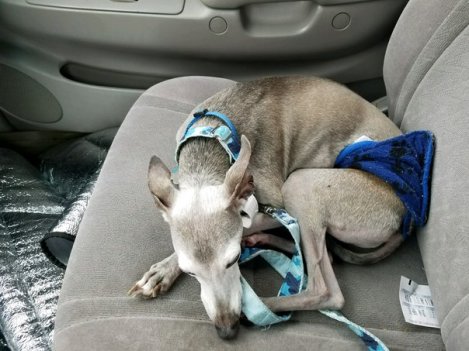