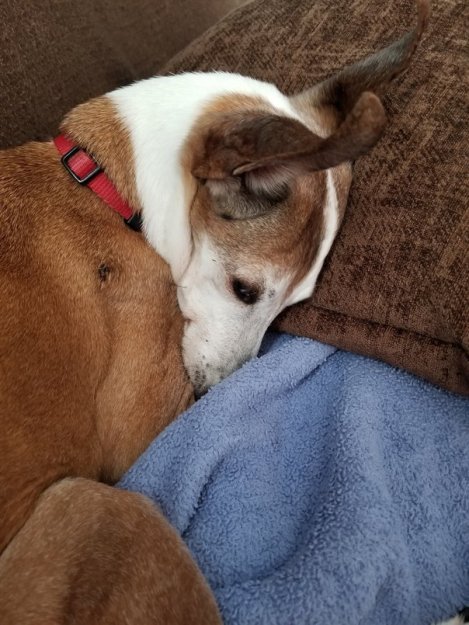 So Cute, So Destructive

In my last post, Red had an unfortunate accident with a laptop power cord. I wish that was his last run-in with an electrical cord, but he continued to be his usual clumsy self. However, this other incident caused him injury.

I don’t use candles in my house because I always say I have too many tails around for me to burn them safely. To enjoy my favorite scents, I use candle warmers, which melt the wax via electricity rather than flame. These shouldn’t present a problem, unless you have a crazy dog like Red.

Again, Red was much younger than he is now. I had a large 22-ounce candle melting in a warmer on the family room end table. I’m not sure how he got there, but Red was between the end table and the hearth bricks. This is not at all a large area. Red got himself tangled in the candle warmer’s cord, knocking it over.

This candle was melting for hours and was completely liquefied.  I quickly righted the candle, observing the destruction. Blue candle wax slid down the off-white wallpaper, covering the mauve carpet and fresh air return cover. The outlet was now covered in a waxy blue glaze. What else was covered in candle wax?

My crazy Red dog was now red with blue patches. He dumped the candle over on himself, all over his back. He seemed stunned, but silent. I was relieved that he wasn’t in any pain. But how do you remove candle wax from a dog? I can’t remember if I did an internet search (I believe this is a very old incident that may have predated the internet), but into the tub Red went. I guess I was trying to remove the waxy mess as fast as I could, before it could solidify. I don’t remember using anything other than his usual doggie shampoo. Whatever I did worked to remove the aftermath of the candle incident, and he never smelled better, thanks to his new candle cologne. His fur was super soft, and there was no difference in his appearance.

Overall Red fared just fine, the house not so much. To this day blue wax remains on both the wall and the carpet. We tried to remove it to the best of our ability, but since the spots are largely concealed by furniture, it’s not much of an eyesore. Out of sight, out of mind. However, the outlet has never recovered from the effects of the candle spill. It’s still functional, but prongs tend to come loose from the outlet, cords falling to the floor like dead snakes. Replacing this outlet is on the list of repairs for the electrician.

The candle warmer has since been relocated to the mantle, far out of reach of the dogs. The cats are another story. There was a time when one kitty would investigate the mantle, but that is no longer an issue. The candle has melted incident-free since Red knocked it over.

Red doesn’t look for trouble, but trouble finds him. So far Red has found himself tangled up in two cords. I just hope he doesn’t provide me a reason to write a third post about cords. Stay tuned. 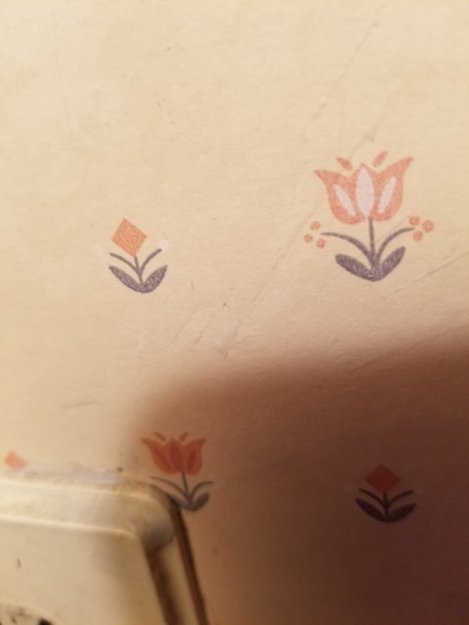 2 thoughts on “Tangled Up in Two Cords (Part Two)”